People generally remember Vertigo as being the groundswell of the early nineties that took DC to “mature readers” territory, but in reality it was simply responding to a trend that was already heavily happening at DC. The main series that made up Vertigo when the imprint was started actually started as regular DC titles in the DC universe, though they often admitidly were in their own weird corner. Before those, even, there was a series of DC titles that bore the “mature readers” tag, some even including important superhero properties.   These titles all make up a very interesting bit of history in DC and a canon of really great books that push the envelope and show us how interesting these licensed books can end up being.

Below we have collected a list of the DC “mature readers” titles that were all directly on DC and not an imprint. This breaks down onto those that started as DC and were eventually moved over to Vertigo when it was collected, and then those that were just on DC and simply came out in an interesting period in the 1980s where experimentation was taking place. Influenced by the success of the British invasion, independent comics, and “adult” titles like Watchmen and Batman: The Dark Knight Returns, this is a period that many of us would love to see reclaimed in DC’s main universe. 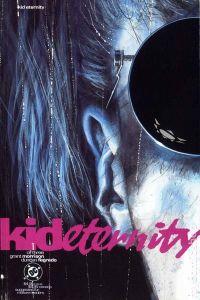 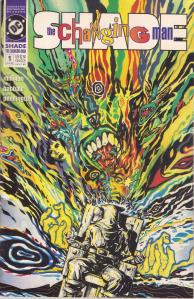 Titles That Never Came to Vertigo

This list includes many more recent books, but in general DC moves its “Mature Readers” books over to Vertigo.  This means that its main titles will no longer be available to a Mature Readers version, which you can see pretty often in the inclusion of Lobo, Detective Comics, Green Arrow, and Catwoman.  This list does not, however, include Wildstorm, even after they were brought over to DC comics.  That is an entirely different list.