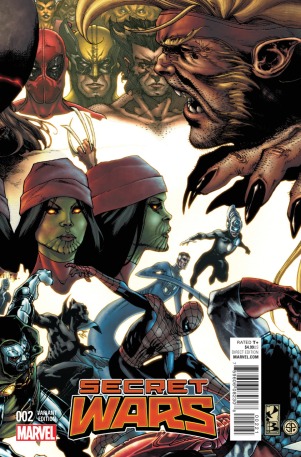 Today, May 13th, the second issue of the Marvel Secret Wars event has been released.  Though not quite as heavily as the first issue, this issue is offered with several variant covers to get the collectors up in arms.  This is somewhat telling since it is not that common to have so many variant covers immediately released with a second weekly issue, except when this issue is supposed to be at the top of the sales list.

As usual, each cover is listed with its proper name and artist.  It is nice to see Alex Ross continuing these epic painted covers as the regular cover option, which will keep a lot of people with the standard cover rather than the variant covers.

So which ones do you plan on collecting?

Interested in picking up the second issue of Secret Wars?