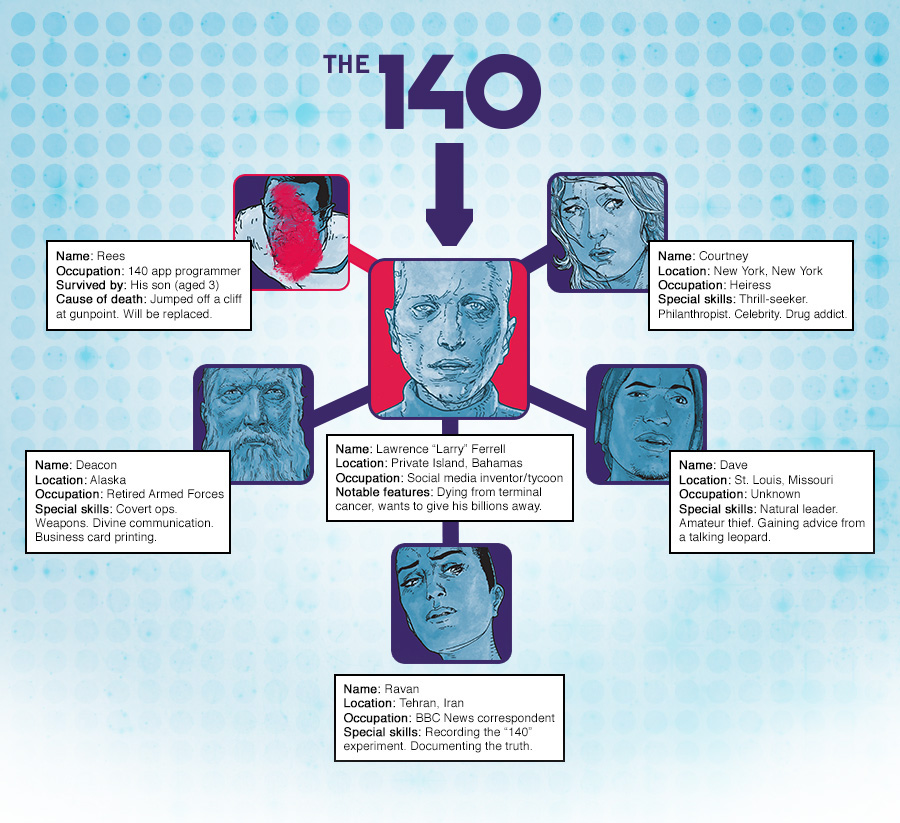 The first issue is barely off the presses, but the social media obsessed new comic Unfollow has been picked up for development at Disney’s ABC network.  The series is set to be one of the major hits on Vertigo’s list of twelve new series for the final quarter of 2015, bringing in comic heavy weight Gail Simone.  Michael Narducci, the showrunner from The Originals’ is going to be heading up this new project.

The comic itself is a successful mix of commentary and mystery as a social media mogul spreads out his wealth by bestowing 140 random people over $100 million dollars each.  The format of the book ties directly into its social media theme, but with only the first issue released it is hard to see if this is going to be a gimmick or a really interesting story device.  This is likely part of what interested ABC-Disney as bringing social media culture into television, and mixing them in online platforms through things like trending hashtags and web content, is what will maintain some of the network’s relevance as we head past the days of traditional television.

This is not the only new Vertigo property coming to the small screen.  Right now we are waiting for the first episode of the new show Amped coming to the CW, and Lucifer on Fox.  Both of those books were picked up before the first issue even became publicly available.  Hopefully these tie ins will give Vertigo the boost it desperately needs.