Are we the only ones who waiting until the last minute to start Christmas shopping?

Comic book culture has hit the mainstream, which means there are now many more options to get gifts for your comic fan on the list.  It used to be that you had to just track down a local comic shop that carried Diamond Distribution products you couldn’t get anywhere else, but now if you can just hop on this article it is pretty much a click away.

We have tried to create a variety here on our list of the best Christmas gifts for your comic lover for 2015, meaning both books and clothes, big gifts and stocking stuffers.  Since we get a little obsessive this time of year, please post in the comments and let us know what you are hoping to get or are giving this year.

Wicked and the Divine T-Shirt

Though they previously had the Lucifer Died for Our Since t-shirt, the new design is a little more casual and less likely to get a punch to the face.  It shows the symbols for the Wicked + Divine pantheon of resurrected gods and goddesses, which is perfect for those who like that “old time religion” during the Yule season.

This collection of Mark Millar’s great Chrononauts series is perfect for the slightly older comic fan on your list.  The fun time-travel story has a perfect broad appeal that many can get into, and it will be coming to movie adaptation very soon.  This trade collection is kept affordable as well because Image suppresses the prices on their opening trade collections, so it is perfect in a stocking.

There are a variety of these newly released statues, which are both beautifully designed and less expensive than the outrageous busts and art pieces you often see at your local comic shop.  You major heroes are represented, but we are guessing that Batman and Superman are going to be going big in anticipation of the new movie.

There are a lot of superhero themed sweaters out there this Christmas season, but these TruffleShuffle designs are perfect in that they take the classic “Christmas sweater” design and inject Marvel character logos and images.  Are they more of a Thor, or Captain America?

We had to put this on multiple lists since it is just the perfect comic gift.  This six-issue miniseries was the prequel to the original Sandman series, which makes it perfect for hardcore fans and newbies alike.  With the beautiful painted art from J.H. Williams III, the plotted crafting by author Neil Gaiman, and a superb presentation by Vertigo Comics, this is going to make someone very happy.

In a way, this is the most overlooked item on the list.  Comic heavyweight Brian K Vaughan, better known today for massive successes like Saga and Paper Girls, did this online comic for basically free for quite some time.  Now, if you prefer to have your comics in easy to hold hardcover forms, he has released it into a massive volume that is just about perfect.

This is one of the most expensive on this list as it includes all of the second “phase” Marvel movies in their complete Blu-ray, special feature glory.  It includes Iron Man 3, Thor: The Dark World, Captain America: Winter Soldier, Guardians of the Galaxy, Avengers: Age of Ultron, and Ant-Man, as well as a whole “file” of special tidbits for mega fans and a great total presentation.  This comes in for under $200 right now as well, which is more than a deal.

Marvel may be phasing out the X-Men, but that does not mean mega-fans will walk away.  This black X-Men watch is perfect to make you feel like you have joined Professor X’s school and are waiting to be called on in the Mutant/Human conflicts.  With X-Men: Apocalypse on the horizon, this may be the perfect way to get them excited for the summer season. 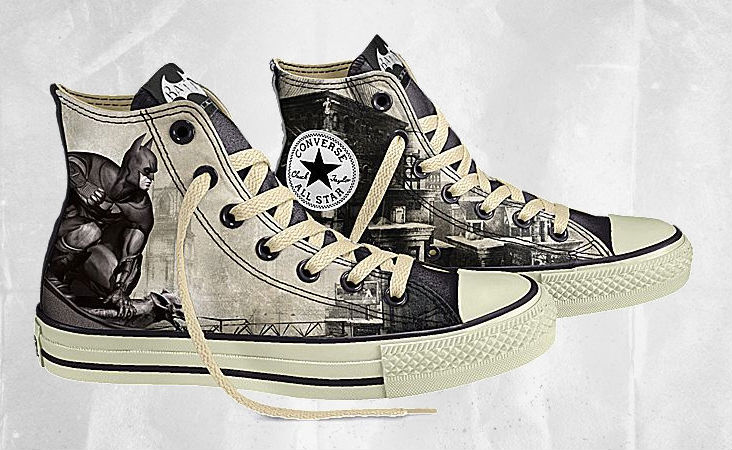 Nobody knocks the Chucks!  Converse All-Stars are a staple of the early teen years and have been for decades.  The themed shoe has become especially popular in recent years, and now the Batman “Arkham-verse” inspired by the Arkham videogame series has now brought the Dark Knight shoe-side.